A Rock and Roll Christmas: top 10 songs to make your Christmas Eve spectacular!

23 December 2021
Christmas, what a delicious word. A word that tastes like gingerbread and peppermint. The big day is coming up, the Christmas tree is sparkling in the living room and the holiday shopping race has begun. The only problem: your aunt Sherry will keep singing “All I want for Christmas is you” a million times in a row. She will surely make you deaf … Unless you take matters into your own hands. Want to flip the script? With this 360° rock playlist, Christmas is getting a makeover!

In the land of Santa Claus, rock'n'roll rules

1 - We start off easy (or we kick start, your call) with a great classic: Run Rudolph Run. In 1958, Chuck Berry decided to sanctify (musically speaking) the story of a small red-nosed reindeer. Chris Columbus saw the potential of this iconic song, which is featured in the soundtrack of Home Alone. A fine tribute that you should enjoy without further ado!

2 - Tired of being bored every Christmas eve? Watch out, here comes Another Rock'n'Roll Christmas, composed by Gary Glitter. If your guests don't really feel like dancing, hand the mic over to Gary. He'll gladly kick their butts.

3 - Meeting a slightly psychopathic Santa was a always a dram of yours? The Killers makes all your wishes come true: Don’t Shoot Me Santa has stood the test of time since its release in 2007. Over time, it even got better (like a fine wine). The result? Brandon Flowers and his great team hit the nail on the head: the perfect blend of black humor and barely concealed cynicism.

Angry rock music, the opportunity to let off some steam!

4 - There it is, anxiety is starting to kick in. You’re stuck in traffic, forced to go to this damn family dinner. On the highway to hell, push the volume all the way up, relax to the sound of 2000 Miles. You will find the rebellious elves of The Pretenders and the spellbinding voice of Chrissie Hynde.

5- The spirit of Christmas. You might have heard of it (or not). Regardless of your opinion on the matter, you'll probably enjoy Merry Xmas Everybody! This time, Slade outdid themselves with a highly danceable hit. Word of advice to all green-haired monsters: be nice and smile (even if it's as painful as a 3rd degree burn and requires a superhuman effort).

6 - 10 finger foods, 2 appetizers, 3 main dishes and 4 Yule logs. We did the math, and the result is consistently: “I can't feel my back teeth, it's time for my food coma”. Not to worry, the situation is under control thanks to A Hazy Shade of Winter, an antidote that is strongly recommended by Simon & Garfunkel. Very effective to blow off steam late into the night.

Rockin Peace And Love: Let your emotions get involved!

7- The mere mention of All I want for Christmas is you (and of Mariah Carey) is enough to ruin your day. Dear friends, you should know that this overplayed song has seduced more than a few artists. Starting with My Chemical Romance, who transformed this vanilla classic into a musical gem. In short, a story of “love” that's been spiced up.

8 - If you’re the type who's prone to fighting during festive meals, Merry Christmas, I Don’t Wanna Fight Tonight will take the edge off. The song by the explosive band, Ramones promotes peace: no conflicts during the winter break! Say thank you, even if the pajamas you just received look awful. As for wrestling with your mother-in-law, don’t even think about it.

9 - Feeling blue when you're away from your loves ones? Make yourself a hot bath, turn on your Chritmas lights and shake your head from side to side while listening to Please Come Home For Christmas by Eagles. This cover of a 1960s song (shoutout to Charles Brown fans) is THE remedy if you're spending Chritsmas eve on your own.

10 - The magic of Christmas: a fairy-tale, almost hypnotic atmosphere. It is probably what inspired Queen to compose the legendary A Winter’s Tale. Fun fact: Freddie Mercury would have started writing the lyrics from the window of his recording studio in Geneva. Who said you needed to board on a plane to pick some Edelweiss from the Swiss mountains?

Here are some honorable mentions, ton indulge your rock'n'roll soul!

Want some more? Here it comes!

11 - If you are a Beach Boys aficionado, we highly recommend Little Saint Nick, it does a great job of riding the Christmas wave. It smells like vacation so sit back and relax in front of the fireplace!

12 - Were you officially appointed to assist with the table arrangement and decorations? Tom Petty to the rescue, he comes riding on his singing sleigh named Christmas All Over Again. If that doesn't inspire the troops, we don't know what will! May this chore turn into a piece of cake!

We hope you will have an unforgettable time, full of excitement and a tad crazy! So it’s settled: This year, you will bring a real burst of freshness to the same old parties of yesteryear. 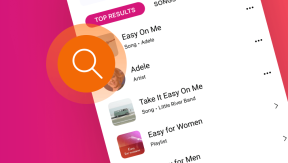 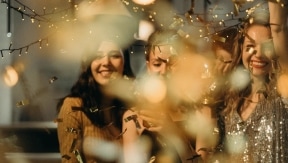 Goodbye 2021, looking back on a very special year!

2021 was a very intense year: music played a major part in our well-being. Isolated, we carried on singing to keep our... 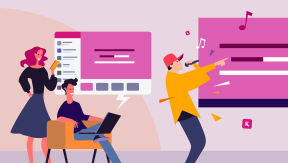 Celebrate in class with KaraFun Web!

Family gatherings are 'round the corner and you may be considering a karaoke? Great news, we've got you covered with...